Dia de Los Muertos (Day of the Dead) is just around the corner! How will you celebrate? Day of the Dead isn’t limited to just the Latin culture. Many of the traditional elements have become integrated with Halloween celebrations. You can find Sugar Skulls and Calaveras in most stores during the Halloween season. Traditionally, Dia de Los Muertos is celebrated on November 1 and 2. It’s a time to remember those loved ones who have passed. Families get together and celebrate the lives of relatives and often prepare altars and offerings. This celebration of life often involves food and treats. 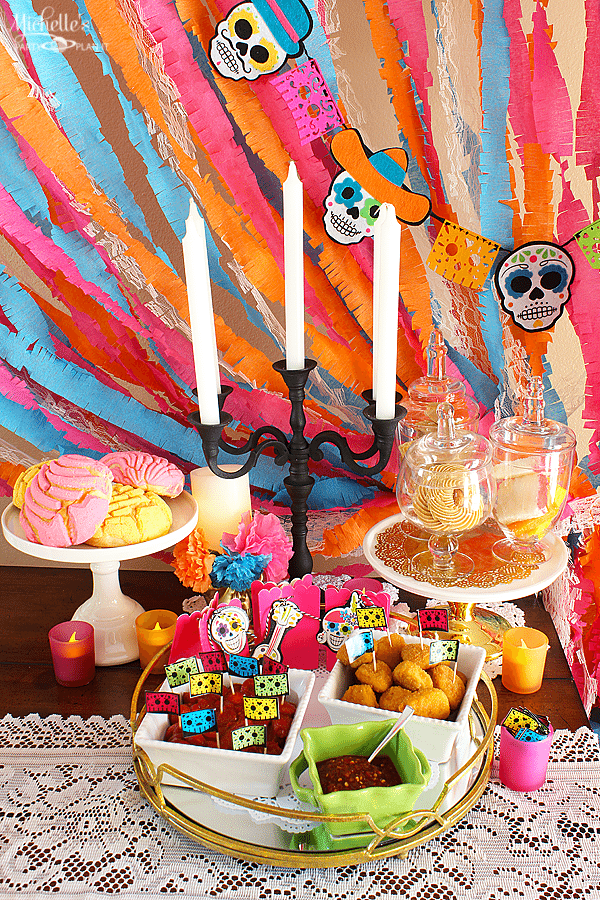 To help prepare for the upcoming holiday, I’m excited to be sharing with you a simple tutorial for Dia de Los Muertos Favor Boxes. 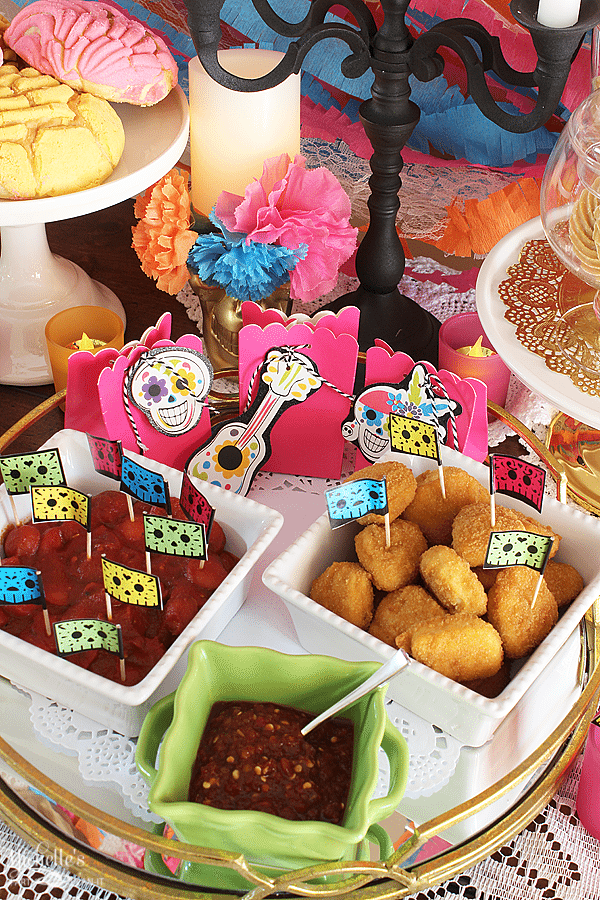 My girlfriends and I recently got together and I decided to style a little Dia de Los Muertos table. I set out some simple appetizers which included Spicy Weenie Bites (Chile con Weenie) made with Ball Park® Franks and Tyson®Chicken Nuggets with Chile Dipping Sauce. Along with some pan dulce and Mexican candies. 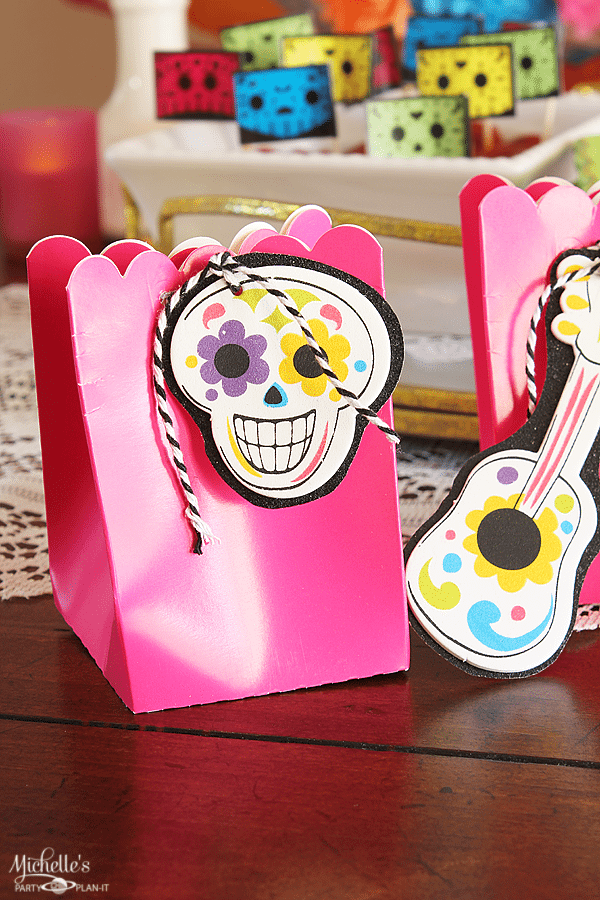 I also made some favor boxes, since you can’t have a get together without party favors!  They make perfect “To Go” boxes for non saucy foods. 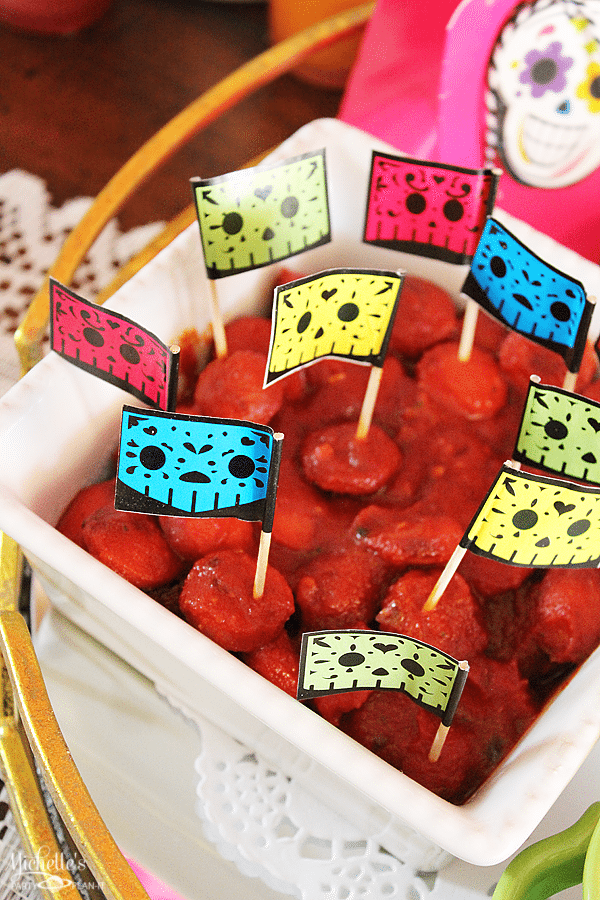 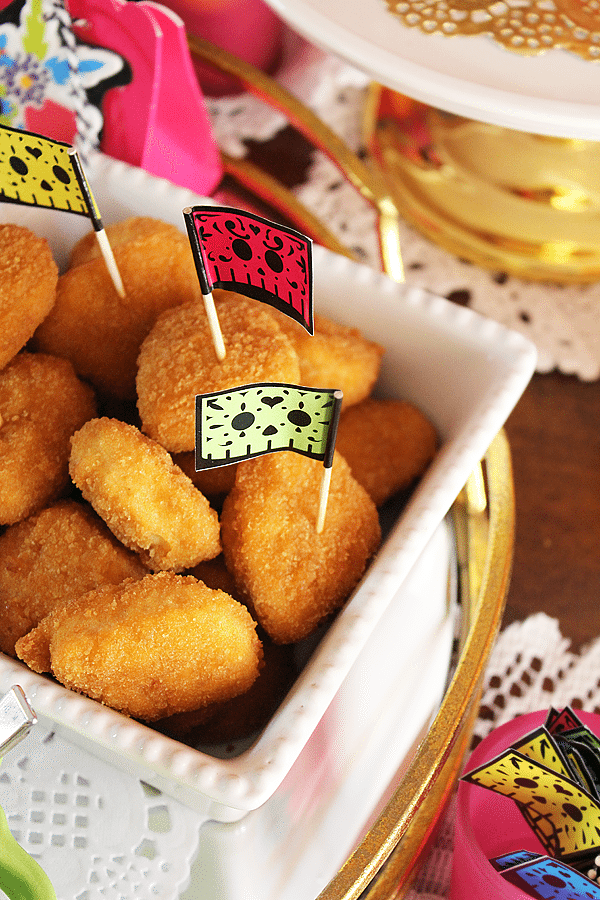 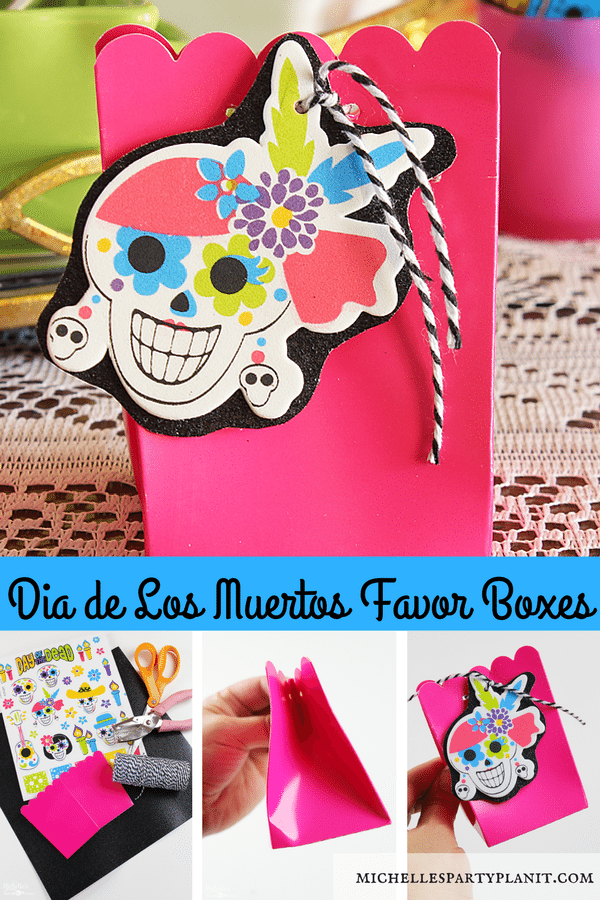 If you are planning a Day of the Dead celebration, these are the perfect party favor.  This is a fun way to convert a open top popcorn box into a closed favor box. You can fill them with almost any kind of treat. 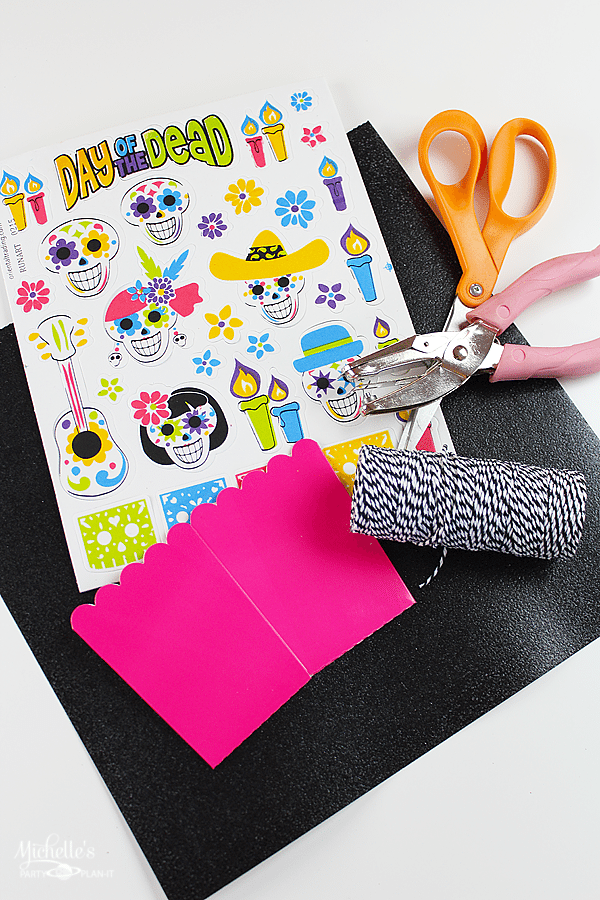 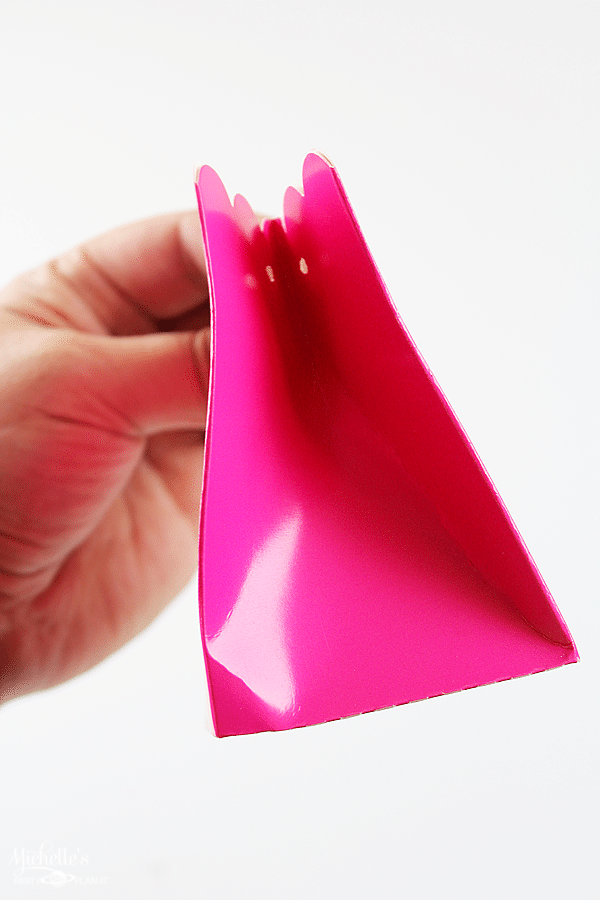 Start by assembling the popcorn box. Pinch in the sides to make it a closed box.  Punch two holes through the top of the box with the hole punch. 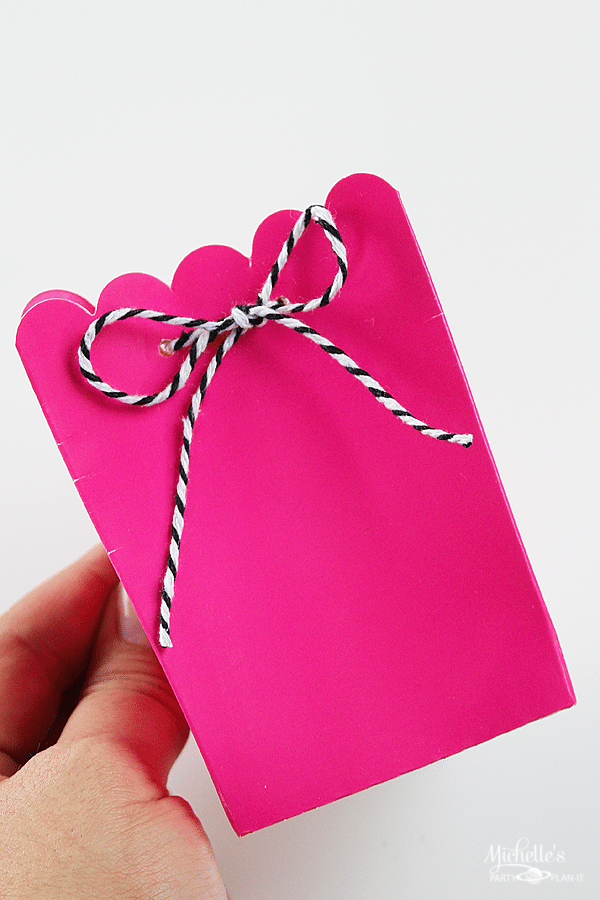 Next, fill it with your desired treats and thread in the baker’s twine to close. 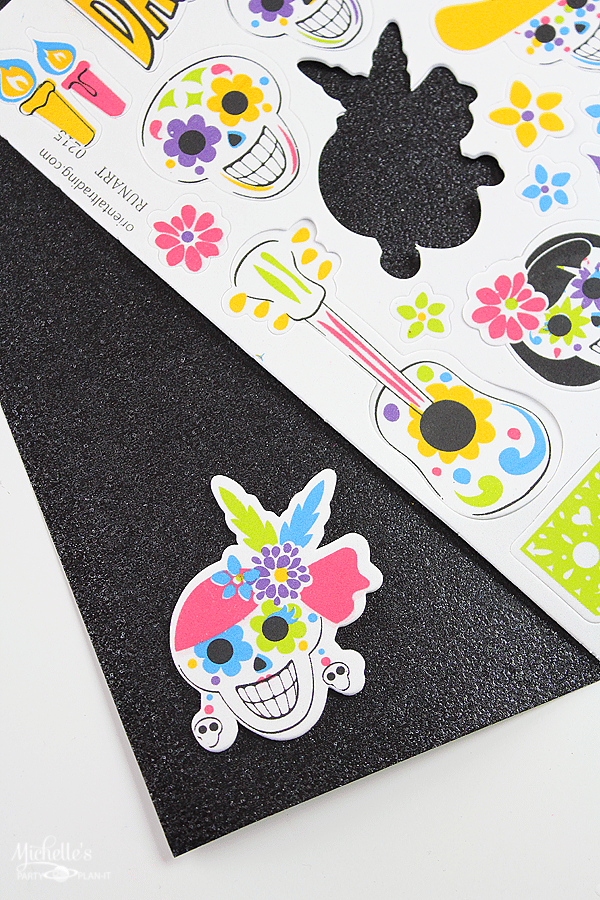 Place a Day of the Dead sticker on the card-stock and cut around the sticker to create a border. 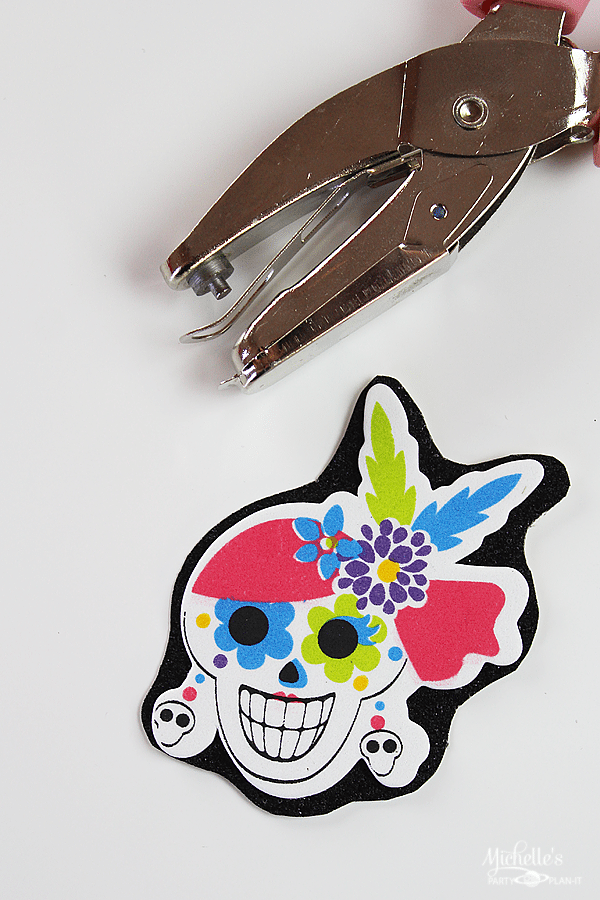 Now you have a tag! Punch a hole toward the top of the tag. 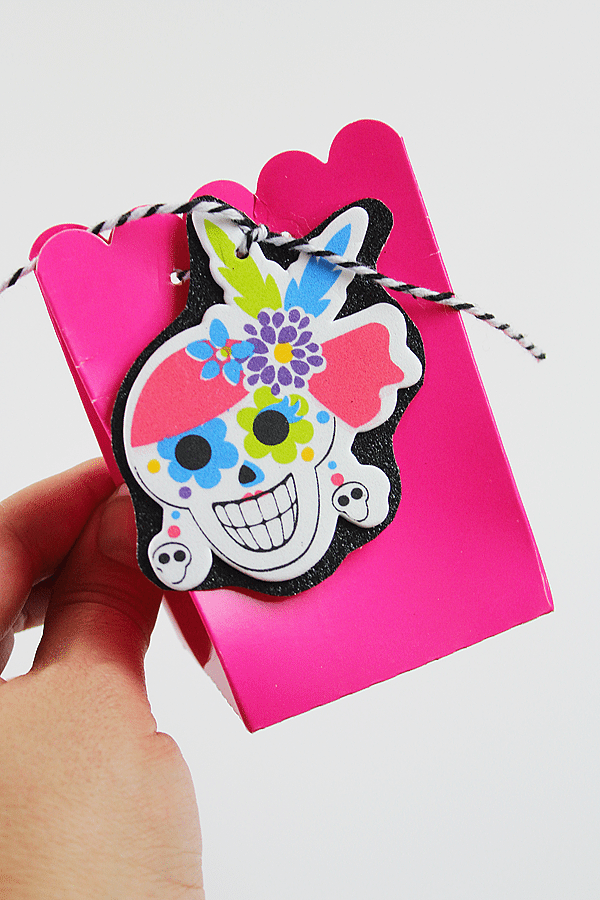 Tie the tag to the box and you have Dia de Los Muertos Favor Boxes! 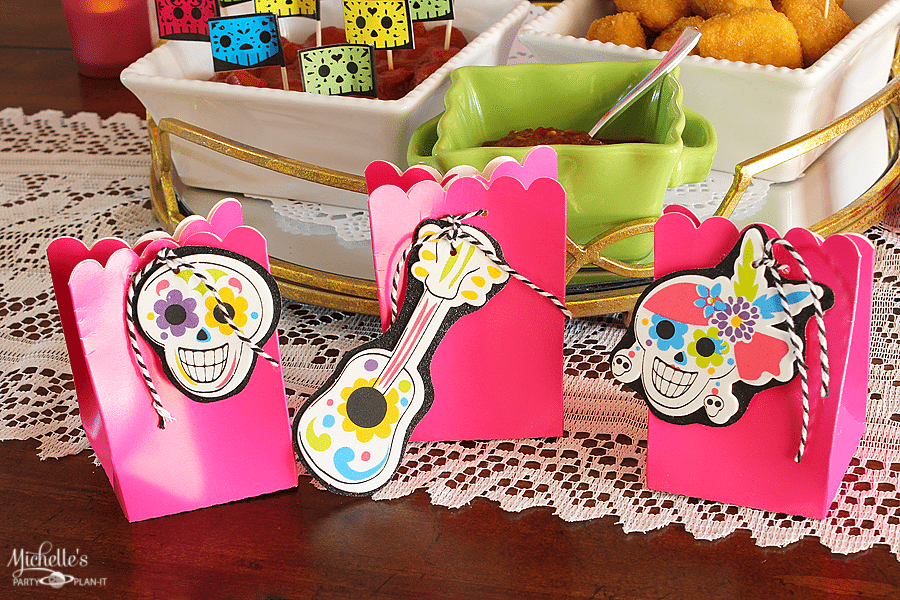 Use different stickers for each box for variety. You can even fill them with Chicken Nuggets! 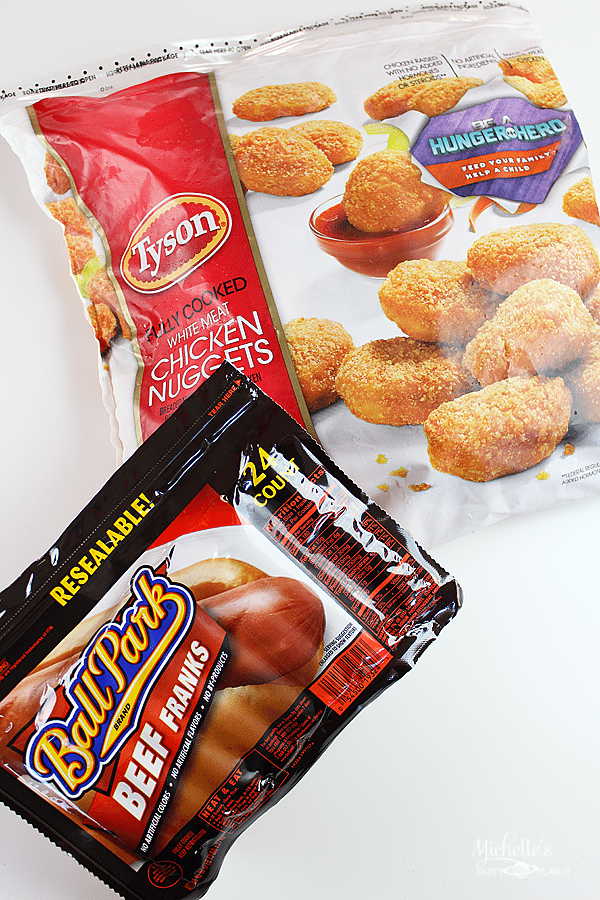 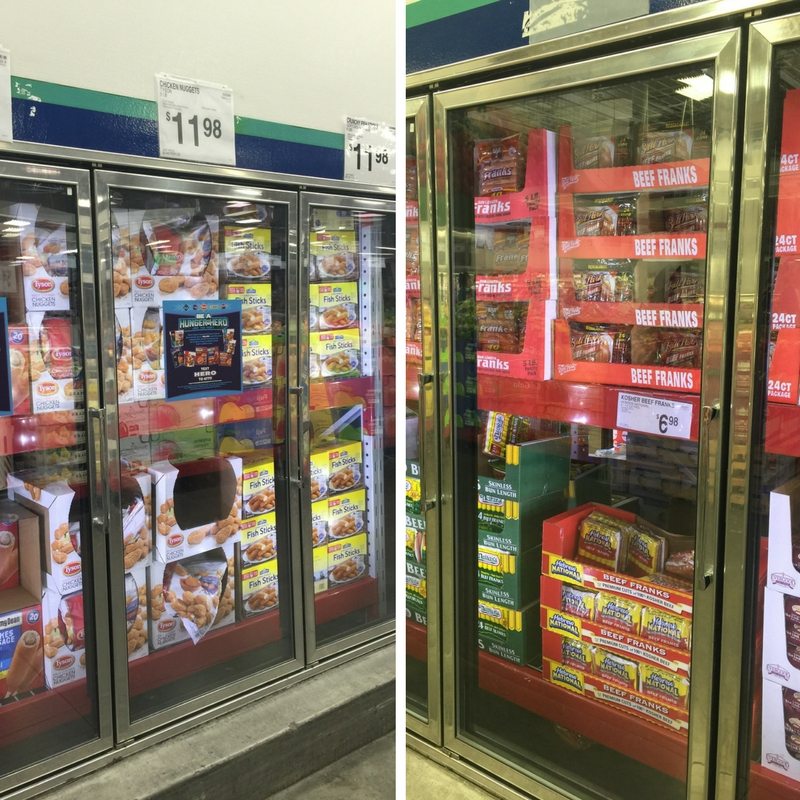 Do you celebrate Dia de los Muertos? What will you be serving during the celebration? I would love to hear from you! Click here for more party inspiration from Tyson.

Squeeze the Day with a Summer DIY Lemonade...

DIY Lemonade Stand in Under 15 Minutes

How to Throw a Last Minute Burger Bash... 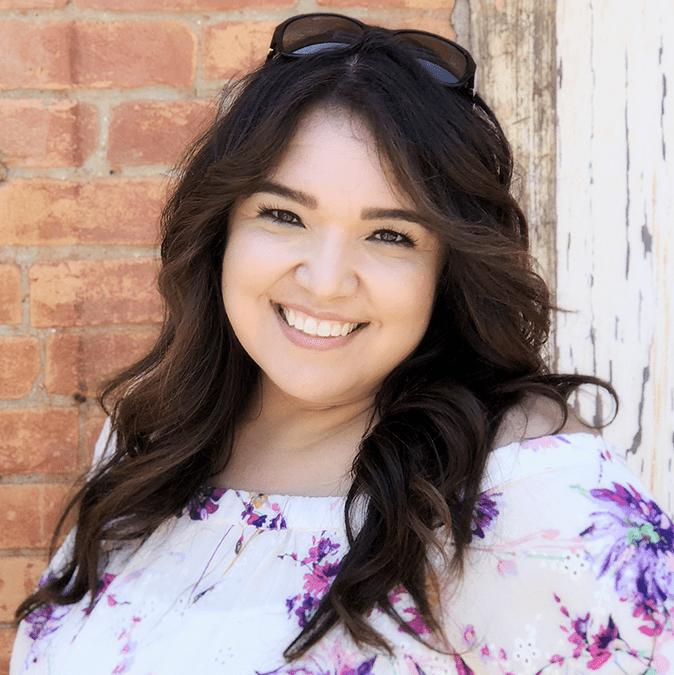